In Spring 2016, UMaine Extension Cumberland County 4-H staff member Sara Conant proposed the idea of sending a delegation of 4-H members to Washington, D.C. to participate in the National 4-H Conference Center’s Citizenship Washington Focus Presidential Inauguration (CWF PI) program. CWF PI is a special program being offered by the conference center to celebrate the Inauguration and teach youth people about the Executive Branch of Goverment. The goals of CWF PI are for participants to learn the importance of the Democratic process, explore the history of the Presidency, the election process, and the role of the press, and to discover the intricacies of the Executive Branch and careers in politics. The Cumberland County 4-H Leader’s Association already sends youth to the center’s signature program Citizenship Washington Focus each July to learn about the Legislative Branch of U.S. Government so sending youth on this special trip seemed only natural.

Cumberland County 4-H members Sophie P. and Amelia S. were chosen to attend CWF PI and are the only delegates from Maine and most all of New England to attend this prestigious event! For the past three days they have been in Washington D.C. with their chaperone Wendy A. exploring all that D.C. has to offer and learning more about the Executive Branch of Government. The trip started off Tuesday with a delayed flight causing them to arrive at the conference center three hours later than planned but all three took it in stride. Once at the conference center they participated in a pin trade with all of the 23 other states present and 500 participants. Both Amelia and Sophie decided to be creative and make their own pins to represent Maine for the swap.

Wednesday’s activities were all focused on the media’s role in our government. The day started early with a trip to the Newseum, a museum dedicated to news, media, and its history. Chaperone Wendy has worked in the news and media fields for many years so the Newseum was a good fit for her interests. Afterwards they all returned to the center for speakers and workshops on the topic of media and government then ended the day with an evening tour of Presidential monuments in D.C. The Nightview of Washington D.C. is a staple in most all National 4-H Conference Center events.

Thursday morning’s activities were all about service with an ambassador and public servants as the keynotes. All 500 delegates and chaperones then went to the University of Maryland to help the Facilities Department clean areas of the campus grounds. The afternoon was a free portion for delegates to explore the Smithsonian Museums. The Cumberland County delegation spent a good portion of the early afternoon waiting outside of Senator Angus King’s office to get tickets for Friday’s Inauguration. There are ticketed and general public area’s at the Inauguration and all area’s are free. Ticketed areas require ticket holders to pass through more security but they are rewarded with a closer view of the event. On Thursday night all delegates learned about the President’s role in our government and they voted for the President of CWF PI which will be announced tonight on their Inaugural Ball Cruise.

Today Wendy, Amelia, and Sophie had an early start to their morning in order to get to the Inauguration at a decent time to be able to pass through security. They are all very excited to watch history happen live! Thank you to the Cumberland County 4-H Leader’s Association for funding this trip and all of the 4-H volunteers, members, family, and friends who have donated to the Leader’s Association over the years! 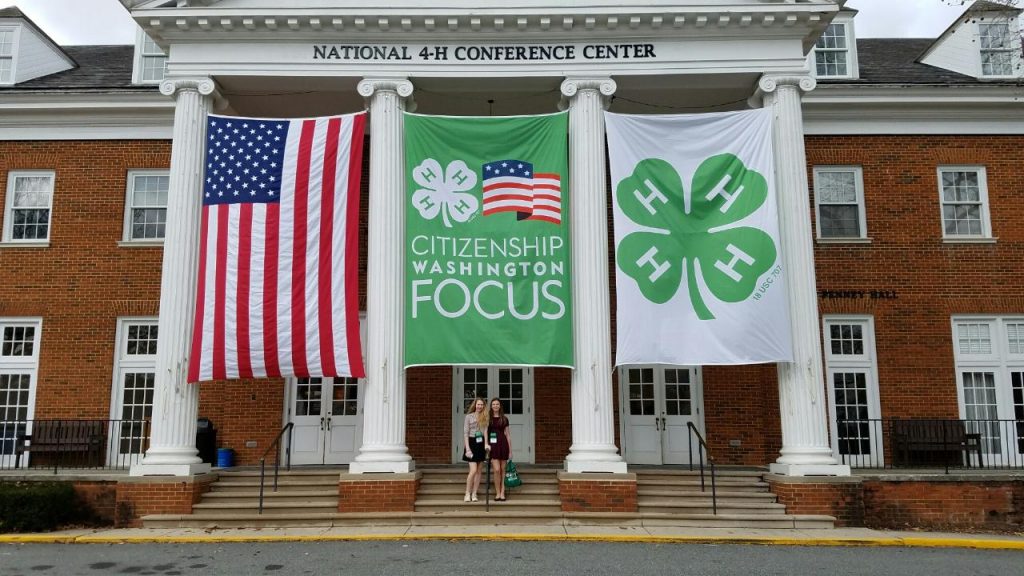