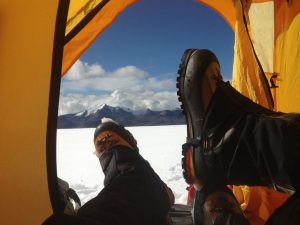 Meet Charles Rodda and Kit Hamley, two University of Maine students conducting a research expedition to the high Andes Mountains of Peru. Charles is a glacial climatologist who has studied the climate conditions during the past collision of North America and Europe (around 400 million years ago) through both computer models and fieldwork in New Hampshire and Norway. Kit is a paleoecologist and archaeologist from Montana. She is studying an extinct species of wolf that lived in what are now the Falkland Islands.

While in the field, they will be visiting two glaciers (the Quelccaya Ice Cap and Nevado Osjollo Anante) to collect ice core samples in order to gather information on Peru’s past climate. More specifically, they will try to better understand sudden changes in climate and their connections to storms during El Niño events.

Though their scientific backgrounds differ, this is not uncommon in the world of scientific research. Increasingly, scientists from different disciplines are collaborating in research efforts to further their own fields, and to contribute their knowledge to other areas of science. 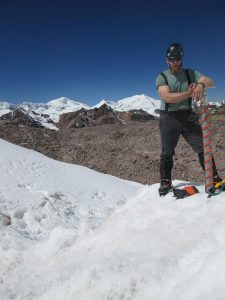 Charles grew up in Shorewood, Minnesota, and graduated from The Blake School. After high school, he moved to Maine to serve an apprenticeship at Horsepower Farm in Penobscot, logging with horses and then worked in the Leadership Decisions Institute at Camp Kieve in Nobleboro. Charles graduated from Bates College in Lewiston, Maine where he focused his studies on Geology and Global Environmental Politics and Policy. He wrote a thesis on rocks in New Hampshire’s Presidential Range that were deformed during the collision of Europe and North America roughly 400 million years ago. Charles then moved to the University of Maine to study the physics of deep subduction zones, and mapped a large portion of the coast of Norway, while searching for minerals and structures formed more than 100 kilometers below the surface of the Earth. Charles now studies abrupt changes in the Earth’s climate by analyzing the chemistry of glacier ice. This year he will be involved in expeditions to the Cordillera Vilcanota in Peru and to the Fedchenko Glacier in Tajikistan. 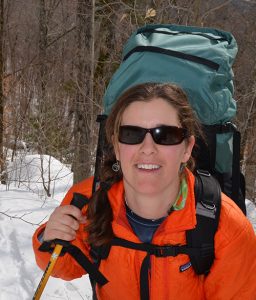 Kit grew up in Bozeman, Montana, loving everything outdoors. She attended the Chewonki Semester School in Maine her junior year of high school, where she fell in love with Maine. She completed her undergraduate degree in Geology at Bowdoin College in 2010. After graduating, she traveled to South America for a few months to work on an organic farm and visit archaeological sites. She returned to Maine to lead kayaking trips in the summers for Chewonki. She also worked at Coastal Studies for Girls, a science and leadership semester school for sophomore girls in high school out of Freeport, Maine. In 2012 she returned to Bowdoin to work as a research assistant on two projects for the Earth and Oceanographic Science department, researching nutrient transport in Maine’s watersheds and climate records from arctic peat cores. She is now a master’s student at The University of Maine’s Climate Change Institute, where she is studying an extinct species of fox from the Falkland Islands. She is combining paleoecology and archaeology to figure out if there were pre-European humans in the Falkland Islands and whether or not they may have brought the fox to Falklands, thereby altering the ecology of the islands, which are home to many species of penguin and other ground nesting birds. 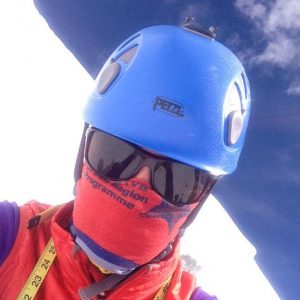