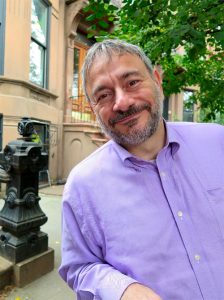 Keynote Speaker: Joel Berg, Hunger Free America:
“Why the U.S. Has Hunger and How We Can End it (“Really’)
Labeled “Mister Frowny Pants” by The Daily Show with Jon Stewart (on which he once appeared), Joel is an author and CEO of Hunger Free America, which the Nation called “one of the leading direct service and advocacy organizations on hunger and poverty in the nation.” Joel recently published his second book, “America, We Need to Talk: a Self-Help Book for the Nation,” which is both a humorous parody of self-help books and deadly serious examination of what’s wrong with America and how it can be fixed. Nobel Laureate Toni Morrison called the book “important and entertaining.” Joel also wrote the decade’s definitive book on US hunger, “All You Can Eat: How Hungry Is America?” Playboy.com (which Berg reads only for the reviews) called the book “refreshing” for its “optimism … rationality and passion.” He has also published numerous op-eds, poems, and policy papers and has been a Senior Fellow at both the Center for American Progress and the Progressive Policy Institute, two DC-based think tanks. He previously worked for USDA as a Senior Executive Service appointee of President Bill Clinton. 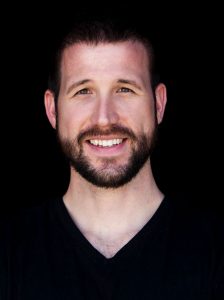 Alexander Justice Moore is the Chief Development Officer at DC Central Kitchen, a nationally acclaimed non profit social enterprise that fights food waste, which provides culinary training to at-risk adults, and serves nutritious meals to low-income children, adults, and families. His book, The Food Fighters, chronicles DC Central Kitchen’s first twenty-five years on the front lines of hunger and poverty. He was appointed by DC Mayor Muriel Bowser to the inaugural DC Food Policy Council in 2016 and was named a DC Food Hero by ElevationDC in 2015. He has been a featured speaker at South by Southwest, the Social Enterprise Alliance Summit, and the Universities Fighting World Hunger Summit. Moore holds a bachelor’s degree from Ithaca College and an M.A. from the Georgetown University School of Foreign Service. 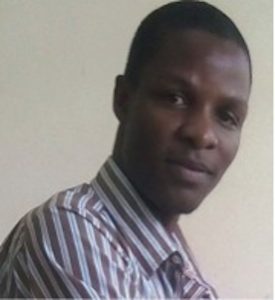 Scarion Rupia has been working in community development since 2012 in Tanzania. He received his bachelor’s degree in Community Development at Stefano Moshi Memorial University College in Kilimanjaro in 2015.  He has been working as an independent consultant in qualitative and quantitative research in 25 of 26 regions in Tanzania with local and international organizations conducting evaluation of various community development projects, primarily in the areas of agriculture, education quality, health services, women and youth empowerment. He was born in the northwest Lake Region of Kagera bordered by Uganda. Upon his return to Tanzania, he will begin his graduate studies in project management, monitoring and evaluation. 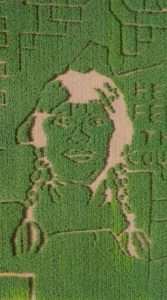 Dixie Shaw has worked for Catholic Charities of Maine, since 1987 and currently serves as Program Director of Hunger and Relief Services. She was born and raised in Northern Maine in Aroostook County, the largest County east of the Mississippi and known as “The County” throughout the Northeast. She has an Associates Degree from the University of Maine in Criminal Justice 1987, a Bachelor’s Degree in Behavioral Science 1989 and a Masters Degree in the Science of Business from Husson University 2000. Dixie has been operating a food bank for the past twenty years.  Prior to working as the program director for the Home Supplies and Food Bank she was the program director for the Christopher Home a group home for adolescent boys and manager of the Juvenile Jail Diversion Program all of which were programs of Catholic Charities Maine and worked with juveniles and their families with a variety of challenges.

Dixie is well known throughout “The County” from over seventeen years of regular TV commercials that promote the work of the Feed The County efforts and many successful news stories about the work that Catholic Charities Maine is doing in Northern Maine. She  also hosts a daily radio show with snippets promoting the work of Catholic Charities in the County, sharing old memories and just life in general.

Dixie was asked by Senator Susan Collins to testify before the Senate Hearing on special committee on aging, to advocate for the needs of our aging in rural Maine and continues to actively promote awareness and advocate for those affected by food insecurity in Maine.

Dixie currently oversees two food banks in Aroostook County, two thrift stores, a recycling center and a farming operation and the largest Glean Team in the County, all with one objective, helping to feed “the County”. 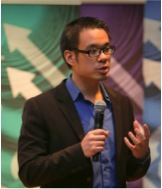 Jon Chin is an educator, poet, software engineer, 2nd dan blackbelt, and social entrepreneur. He is the founder of Share Meals, an organization dedicated to ending hunger and isolation among students. His greatest concern is how to leverage breakthrough technology to address the human condition in new, disarming ways. His classrooms are often attended by laughter, sometimes so much that they’re asked to pipe down. Currently, he is exploring the application of natural language processing in English education at New York University.

Jason Johnston is an ornithologist with the University of Maine Presque Isle and has taught a variety of biology and environmental science courses and conducts research related to forest ecology, ornithology, and climate change.  As assistant chair for math and science, he helped develop the sustainable agriculture concentration at UMPI in collaboration with UMaine Cooperative Extension and other local partners.

Katie Kracht is the Maine Hunger Dialogue VISTA for Maine Campus Compact. Katie was born and raised on a dairy farm in Wisconsin. She recently graduated from the University of Wisconsin-River Falls with a Bachelor’s Degree in Agricultural Business and International Studies. Katie will serve a year as an AmeriCorps VISTA by addressing the impacts of food insecurity and hunger in higher education.

Elliot Lee is a graduate student at the University of Southern Maine’s Muskie Institute where he currently pursuing a Master’s degree in Management and Public Policy with a focus on Food Studies. Elliot co-authored the recently published “Hunger Pains Report”, partnering with the Good Shepherd Food Bank and Preble Street Shelter – exploring the extent food insecurity, it’s human impact in Maine and what is currently being done to try and alleviate it. He is a recent graduate of the University of Southern Maine with a Bachelor’s degree in Economics.

Sally Slovenski is the Executive Director of Maine Campus Compact (MCC). In this role, she is responsible for overseeing the daily operations of MCC including the overall direction of the organization and working with MCC’s 18 Maine-based member campuses who have made a commitment to community engagement. Prior to her role at Maine Campus Compact, Ms. Slovenski was the Executive Director of the Illinois-based States United to Prevent Gun Violence and the Manager of Teacher and Student Programs at Earthwatch Institute in Massachusetts.