Wreath making material can be purchased from florists, garden centers and some wreath producers. To make wreaths, you will need:

Wire—Wire should be 22 to 24 gauge. Green wire is more easily hidden by the wreath.

Gloves—Gloves may be worn to protect the hands.

The wreath maker begins assembling a wreath by making a tip bunch. The tip bunch is then wired onto the ring.

A wreath maker usually works with a fir branch that’s 12 to 20 inches long. This branch may be broken into two to three places, if required. These tips are placed together to form a tip bunch. A tip’s average length depends on the size of the wreath to be made. The length also varies with the particular wreath maker. It’s important for the tips to be the same length for each wreath. This will improve the wreath’s appearance since the tip bunches will flow evenly around the wreath. (Figures 1, 2 and 3.)

Attaching Tip Bunches to the Ring

Wire is used to secure a tip bunch to the ring. The wire is tightly wound two or three times around the bunch and the ring (beginning about 1/3 to 1/2 the distance from stem end).

Steps for Making a Wreath

The wreath is now finished. (Figure 11.) If it is a good quality wreath, it will 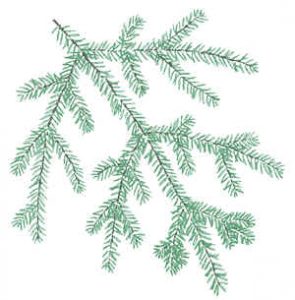 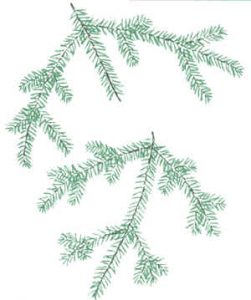 Figure 2: The branch is broken into two to three pieces (depending on the size and shape of the branch). 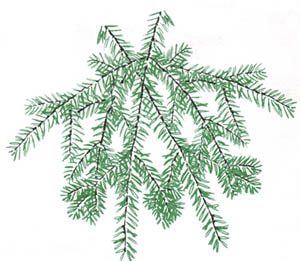 Figure 3: The top piece is placed over the bottom piece. Another tip may be added to complete the bunch, if needed. 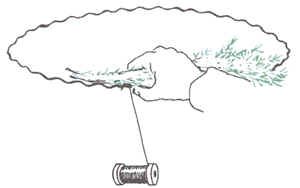 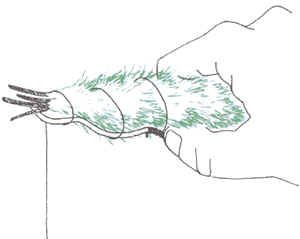 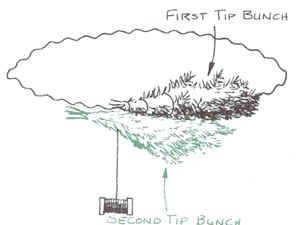 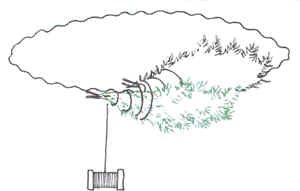 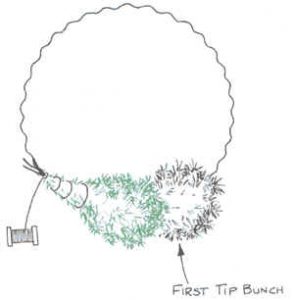 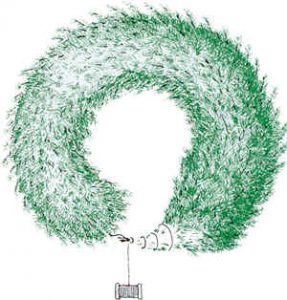 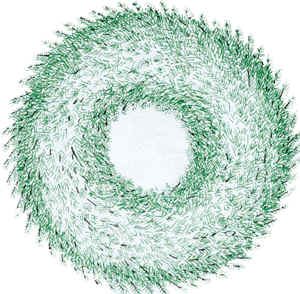 Wreaths should be stored under the following conditions:

Wreaths may be stacked together on pallets, which keep them off the ground and provide better ventilation. Storing them in a building will protect them from bad weather; however, doors and windows should be left open for ventilation. Large quantities of wreaths have been ruined when left in a closed building. Wreaths, like all organic matter, can decompose when left damp in a poorly ventilated area.

Illustrations by Mark A. McCollough.