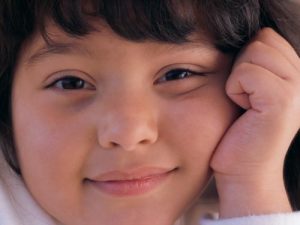 “I don’t get no respect,” says a well-known comedian. To expand our understandings of what respect is and why it might be important, we might imagine a world in which nothing is respected. Without respect, little or nothing would be of value, including ourselves or our relationships. No one would have a sense of empowerment in society, nothing would have meaning and disorder would prevail.

The term respect means to be mindful, to pay attention, to show consideration, to avoid intruding upon and to avoid violating. Respect can be viewed either as an outcome of our interactions, for example, we give or gain respect, or the word can be used to describe behavior, for example, when we behave in a respectful manner. Used to describe behavior, respect becomes an action word, and as parents and educators of children we know that action is important. We gain the respect of children and show our respect for children by how we behave with and around them. The adage still holds: To gain respect we must give respect. Respect is a two-way street.

How do we give and gain respect? There are many active ways to demonstrate our respect for children, and there are many ways to determine how well we respect the children in our care. The following are a few examples of respectful and disrespectful behaviors.

Educators, parents and other adults show respect for children when we:

Educators, parents and other adults are disrespectful to children when we:

Respect is shown when children get recognition for who they are and what they do, when they are allowed to exercise options and make choices within acceptable frameworks, and when their choices are acknowledged and accepted. Respect is not shown by deferential treatment, by fawning over them or by well-intentioned deception. It is often too easy to disrespect children because they are physically small, are more dependent than most adults, and have less ability than do adults to control their needs and wants. They need more explanations, they need more time and their behaviors are childish simply because they are children, not yet capable of conforming to adult standards.

Teaching mutual respect, at its core, refers to character education and to values education, areas that easily may differ widely among individuals in any given social group. In a multicultural society, questions immediately arise as to whose values should be taught. One way to address this issue is to promote behaviors that affirm human dignity, protect human rights and advance the good of individuals, as well as behaviors that contribute positively to the common good of our social environments.

From this perspective, we can more easily remember to actively educate children to the fact of life that with rights come limits and responsibilities. We need to ask children questions such as, “Would you want to be treated with way?” or “Would you want all persons in the world to act this way in similar situations?” These types of questions help children to define and shape their individual, personal and social responsibilities in a democratic society. Most people, though certainly not all, would agree that values such as compassion, due process, equal opportunity, freedom of thought, honesty, integrity, critical inquiry, knowledge, and tolerance are human values that cross ethnic, class, gender and religious boundaries.

How might we educate children to respect themselves and others? Lickona (1988) suggests that to develop children’s capacities to think, feel and behave respectfully requires parents and educators to:

Effective educational programs have effective adult leadership. An effective leader who wants to help children learn respect will both inform and involve children, is straightforward and honest, and identifies a focus such as respect, integrity or compassion that children can develop and work toward over extended periods of time.