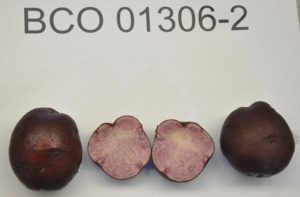 The overall health of Americans has declined greatly over the past twenty years. Since 1990, the number of obese people in our country has doubled (and in some areas even tripled). The blame for this is spread among many sources, perhaps including a more sedentary lifestyle, increased consumption of foods high in unhealthy types of fats—particularly trans fats—and increased consumption of food away from home. A corollary issue with increased weight gain is the increase in Type II adult-onset diabetes.

People have begun to understand the link between fast food and poor health. It’s important to educate people about the health benefits of potatoes, given the French fry and potato chip connection to fast/snack foods. Also, a continuing increase in the number of Type II diabetics will reduce potato consumption. While our previous research shows that Maine people recognize potatoes as healthy foods, we need to build upon this, promoting potatoes as a centerpiece of healthy, affordable homemade meals.

Poor health, resulting from poor food consumption patterns, is associated with increased levels of inflammation. Inflammation is the body’s natural response to injury or pathogens. White blood cells move the site of injury or pathogen and produce chemicals to fight off infection. Interestingly, too much of this is not good for us. The body recognizes activities such as smoking and eating foods high in the wrong kinds of fats as insults, and it responds by sending white blood cells to counter the insult. Over time, this chronic inflammation causes hardening of the arteries, increased incidence of dementia, and increased potential for stroke and heart attack. Inflammation decreases the body’s natural supply of the antioxidant chemicals that fight cell aging/cell death and even cancer. The $10,000 question is this: can eating vegetables with high levels of anti-inflammatory compounds significantly improve human health?

Our hope is that we might identify potatoes with high levels of antioxidants that yield well, have good disease resistance, and are attractive to the public. If we can identify a number of potatoes meeting these criteria, and if we can increase public consumption of these potatoes at home, this may be a piece of the improved food picture we desperately need in America.

You may say, “I don’t want a purple potato.” But the antioxidant levels are significantly higher than other types, and most are really quite tasty. Even more interesting is that there are between five and ten times more antioxidant compounds in the skin as in the flesh. We should work to convince people that eating potato skins is good for them, providing them with a great source of fiber and a very high level of antioxidant activity.

In 2009, with support from the Maine Potato Board, we continued this work to look at how much difference there could be among potatoes with red skins and (mostly) white flesh.

Market gardeners interested in producing early new potatoes can offer their customers a very high quality, high antioxidant food. We also found that when the soils got dry last year in late August/early September, the level of antioxidants rose again. Research done in organic crop production has sometimes shown higher levels of antioxidants in foods produced under organic practices, quite likely because the plants are being grown under higher levels of stress due to increased pest pressure and nutrient competition.

While there is variability among red-skinned, white-fleshed varieties, factors such as date of harvest and water stress appear to have a greater influence on antioxidant activity than variety. The “holy grail” is to find potato varieties that yield well, taste good, are attractive, resist common potato pests, and have high levels of antioxidant activity.

Americans must change their eating habits and increase their level of activity to reduce the incidence of obesity and Type II diabetes. The potato industry must aggressively educate consumers about the value of the potato as a healthy food choice. While French fries and chips may be the most common way potatoes are consumed in this country, we have the potential to change. The potato could play an instrumental role in getting the family back around the table, eating healthy home-cooked meals again. If we don’t change, continuing our sedentary lifestyles and consumption of unhealthy, on-the-go foods may eventually bankrupt our healthcare system.