What’s wrong with my zinnia seedlings?

I planted some zinnias as seedlings. They were doing great but now they look like this. They are indoors, I’ve been putting a grill light on them but they seem somewhere between drowned and parched. The other seedlings in different trays seem to be doing just great. 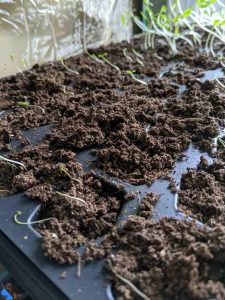 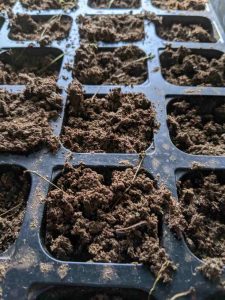 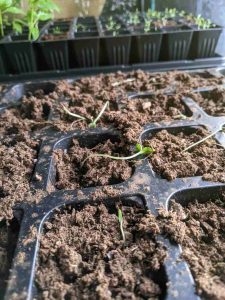 The seedlings in the photo look like they got tall and leggy before they were put into the light indoors. I am not sure what a grill light is but is it meant for indoor plant growth? Many of the seedlings also appear to be bent over to the soil which is common when seedlings are affected by a fungi which can cause Damping Off. It is hard to tell from the photos but you would see a sunken region where the stem is bent over. The fact sheet linked here describes the conditions that favor it and how to prevent it as well. See our bulletin, Seed Starting at Home. The nice thing about Zinnias is you can always start again as there is plenty of time.