Although booklice and barklice are similar in size and shape to lice, they are not true lice. They are sometimes referred to as psocids because they belong to an order of very primitive insects called Psocoptera.

Booklice are so-named because they are commonly found amongst old books. They feed on mold, including mold that grows from the paste used in the binding of old books and wallpaper, or they can even feed on the paste itself sometimes.  Their presence should be regarded as little more than a nuisance; any damage they might do is extremely minor and so is regarded as insignificant. Lowering the humidity in the areas you find them in will help to control them and may even control them entirely.  The Penn State fact sheet linked below states that lowering the relative humidity to less than 50% will prevent their development.

Barklice (or barkflies) are found on trees where they feed on algae and lichen (these ‘bark’ relatives can include winged forms but booklice are always wingless).  It is important to note that psocids are often mistaken for bed bug nymphs, and vice versa, because of their extremely small size (ranging from just 1mm to 2mm in length or so). Unlike bed bugs, booklice do not bite. 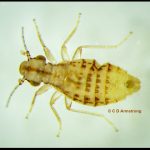 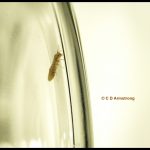 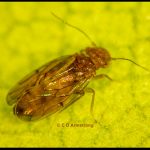 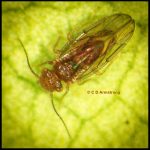