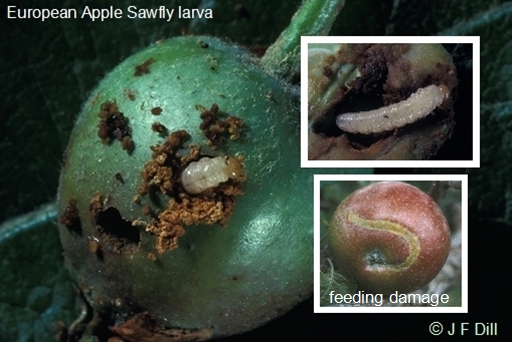 The European Apple Sawfly [Hoplocampa testudinea (Klug)] is an introduced pest that was first detected in North America in crabapples on Long Island–and on Vancouver Island in Victoria, British Columbia–during 1939 and 1940, respectively.  The wasp-like adult lays its eggs on the base of the apple flower during bloom. The damage caused by the tunneling of the larvae can cause much of the fruit eventually to drop from the trees. Insecticides and repellents that are applied for plum curculio also prevent damage by sawfly.