Flea beetles is a generic name for an entire class of leaf beetles in the family Chrysomelidae which, as their name implies, have the ability to jump, by virtue of their greatly enlarged hindlegs. Overall they are not very large in size (described as small to moderately-sized, ranging from 1.5 to 4 mm typically).  Flea beetles can also walk normally and fly as well.  Many are striking in their coloration, with most species being dark, shiny and metallic.  The adult beetles feed externally on leaves, stems and petals, and their feeding causes characteristic round ‘shotgun’ holes that, under heavy feeding (heavy populations), will intersect with other holes, resulting in larger areas of damage to the plant.  Some flea beetle larvae are root feeders. 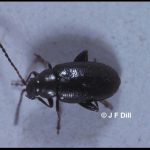 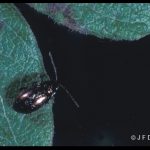 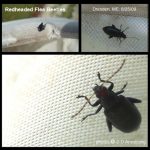 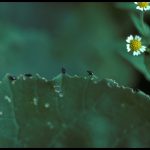 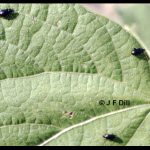 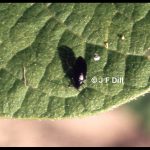 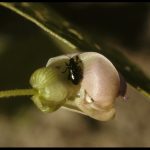 A Red-headed Flea Beetle on a bean blossom 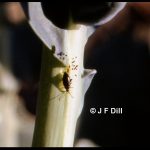 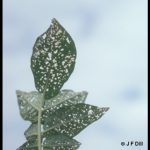 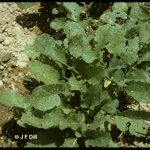 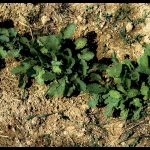 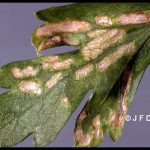