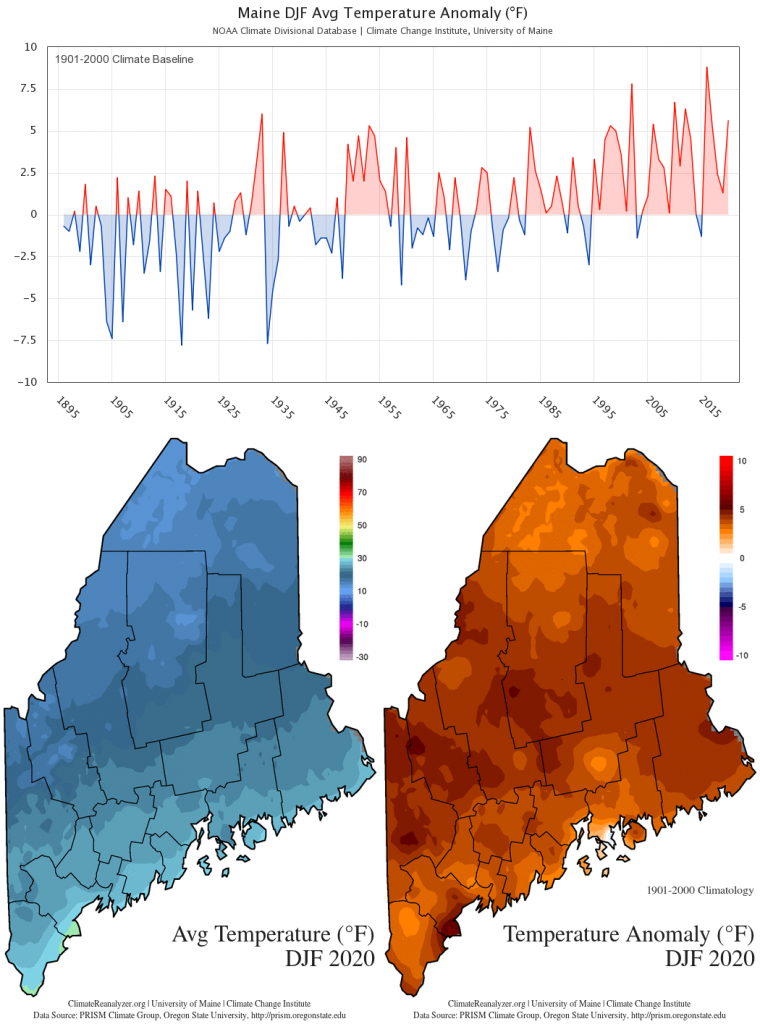 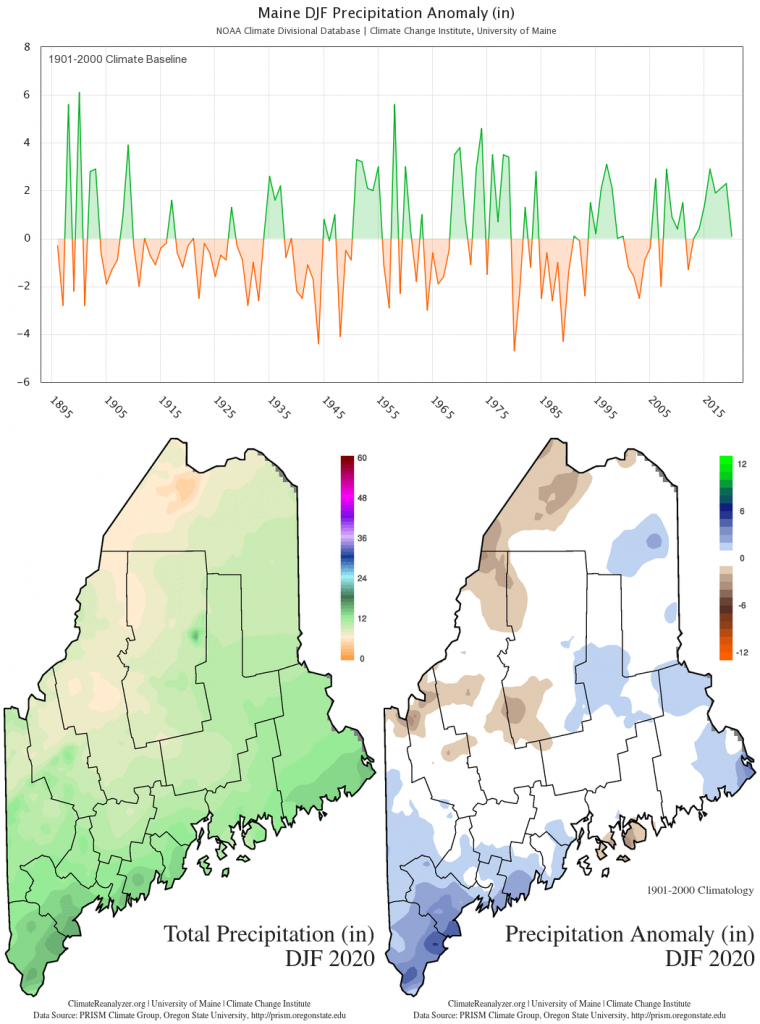 Snow conditions for the winter 2020 season as a whole were generally very good across the northern climate division with continuous cover and deep snowpack.  In contrast, the central and coastal climate divisions saw far less favorable conditions owing to episodes of rain, and frequent days with high temperatures well above freezing that promoted snowmelt.

Such a high DJF 2020 global temperature is unexpected in the absence of a strong El Niño, and in this case was driven by an exceptionally strong positive phase of the Arctic Oscillation (AO) that contained cold air within the high northern latitudes. Thus, the global temperature anomaly map shows warmer-than-normal conditions developed across most of the globe (Fig. 4). Record winter warmth was found across broad swaths of Europe and northern Asia, and in particular across Russia.