This article was originally written for Signs of the Seasons and based on an interview with Aaron Weiskittel that was recorded in April 2018. The article was written by Elisabeth A. Maxwell. 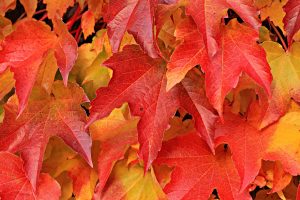 Signs of the Seasons recently met up with Aaron Weiskittel, Associate Professor at the University of Maine, to discuss one of his recent research projects on forest composition in New England. Aaron and his colleagues (Arun Bose, Post-Doc at UMaine, and Robert Wagner, Professor in the Department of Forestry and Natural Resources at Purdue University) investigated how the composition of Northeastern hardwood forests might change in the near future. Their recent publication, A three-decade assessment of climate‐associated changes in forest composition across the north‐eastern USA, in the Journal of Applied Ecology specifically looked at an abundance of American beech, sugar maple, red maple, and birch in Maine, New Hampshire, Vermont, and New York.

The team analyzed data from the USDA Forest Service Forest Inventory and Analysis Program (FIA). The FIA program records information such as species, growth, natural mortality, harvest, and health of trees in an annual survey of forest plots spread throughout the U.S. This data allowed Weiskittel and colleagues to assess how the occurrence and abundance of American beech, sugar maple, red maple, and birch has changed between 1983 and 2014. Their analysis revealed that an abundance of American beech has increased significantly during the study period. Meanwhile, the other three species showed a decrease in abundance.

There was a clear link to climate. Their research found that increases in beech occurrence and abundance was linked to higher temperatures and precipitation. The increased abundance of beech is not inherently a bad outcome. Historically, beech has been a minor component of the forest with an abundance that makes up less than 25% of the total species composition. Beech is a nut-producer and adds ecological value to the landscapes where it is found. It has desirable characteristics for harvest, such as high density and good form, but has not been specifically targeted in the past due to its previously low abundance.

Beech is more tolerant to fluctuations and changes in environmental conditions than sugar and red maples. It also has the ability to reproduce vegetatively – meaning that if the tree is cut but the roots remain intact the plant will send up new sprouts, which is similar in function to how a strawberry plant spreads. Despite these resilient characteristics, approximately 99.9% of beech in New England is susceptible to Beech Bark Disease. This disease causes defects and discoloration in the bark and mortality before the tree can reach harvestable size, which interferes with any potential plans to develop an industry. How this plays out in the forest is beech will be established in a location as a relatively minor component of the tree community. If it becomes infected with Beech Bark Disease the tree will never reach a harvestable size and when it dies, it will send up new sprouts that starts the whole process over again.

Beech is shade-tolerant and tends to exclude economically valuable species such as maples and birch. “Beech is what we call an endemic invasive, it is a native species but behaves more like an invasive plant” Aaron explained. Beech is considered a “strong competitor” because it is tolerant to low light conditions and “it tends to exclude things like sugar maple and red maple.” The results of their research showed beech occurring in locations where it had not previously been present and the abundance was much higher during the study period that what has been observed in the past.

Changes in climate are not the only factor that is leading to the shift in forest composition observed by Weiskittel and colleagues. Aaron says that the “past management practices have really been the driver” that influences the changes that they are seeing in forests. Grazing by deer and moose also plays a role because maples and birch are more palatable and face increasing pressure as deer populations grow. When you add in the predicted climate changes and the beech bark disease you get a “perfect storm” of factors that lead to an increase in beech and decrease of species that are more economically valuable. 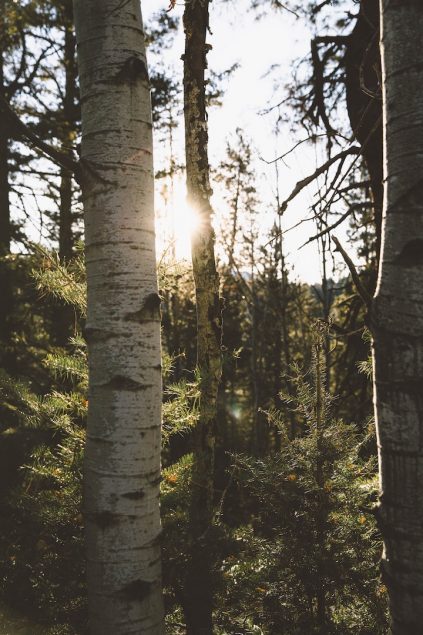 The research found that areas of forest that have more restrictive management, such as National Forests, saw an increase of beech. The reason for this is that either industry is only allowed to do a partial removal or there is no harvest allowed at all. A partial removal can cause just enough disturbances to facilitate the growth of beech over other target species. Aaron said that the reason that they are not seeing as much of an issue in Maine is because “we have working forests [where] people are on the ground. And if they see that beech is coming into an area they will use mitigation practices to try and address that.” Here in Maine, industry members are willing to take actions that may not be economically profitable, such as an early harvest or vegetation treatment, in an effort to maintain species composition. This active “on-the-ground” approach may be a feature that sets Maine apart from some of the other states in New England.

The close relationship between the local industry members and researchers at the university means that they can also receive funding through a National Science Foundation (NSF) program called the IUCRC: Industry–University Cooperative Research Centers Program (National Science Foundation website). This funding initiative provides matching grants for research groups who are working in collaboration with industry to solve relevant and timely questions. These funds are what supported Arun Bose who was the post-doctoral fellow on the project and lead author on the paper.

Aaron earned his masters and Ph.D. from Oregon State University and worked in private industry for a forest products ownership in Oregon before joining the faculty at UMaine in 2008. In addition to being an Associate Professor of Forest Biometrics and Modeling, he also serves as the Irving Chair of Forest Ecosystem Management and the Acting Director of the Center for Research and Sustainable Forests.