256-Mesotrione Use in Wild Blueberries

NOTICE: It is unlawful to use any pesticide for other than the registered use.  Read and follow the label on the product container. The user assumes all responsibility for use inconsistent with the label.

WARNING! Pesticides are potentially hazardous.  Handle carefully!  Read and follow all directions and precautions on labels.  Store in original labeled containers out of reach of children, pets, and livestock.  Dispose of empty containers at once, in a safe manner and place. Do not contaminate forage, streams, ponds or groundwater recharge areas.  Trade names are used for identification.  No product endorsement is implied, nor is discrimination intended against similar materials. Cooperative Extension makes no warranty or guarantee of any kind concerning the use of these products.

Mesotrione, trade name Callisto, is a broadleaf herbicide with a supplemental label for use on wild blueberry fields in the non-bearing year.  This factsheet provides background information on the mode of action, guidelines for proper application, and general information about the predicted level of weed control based on research from Maine and Canada.  Callisto should be used to supplement current weed control practices, and may be used in a herbicide rotation but it is not considered to be a replacement for hexazinone (Velpar).

Mesotrione is a systemic herbicide with both preemergence and postemergence activity.  This herbicide inhibits plant pigment biosynthesis, specifically an enzyme called p-hydroxyphenylpyruvate dioxygenase (HPPD).  Because mesotrione inhibits amino acid conversion and carotenoid biosynthesis, this results in the plant being unable to protect chlorophyll from decomposition by sunlight.  Bleaching occurs within a week, but plant death may take up to two weeks.  When applied preemergence, weeds take up the product through soil during emergence and growth.  When applied postemergence, weeds take up mesotrione through the foliage and/or the soil and will cease growth shortly thereafter.  Less susceptible plants may show symptoms and then recover.  Callisto has been shown to be effective on many weeds resistant to triazine, sulfonylurea, or other ALS-inhibiting herbicides and so will be valuable as a rotation herbicide to present herbicide resistance.

The label recommends the use of an adjuvant or surfactant when applied to the foliage. A crop oil concentrate (COC) type adjuvant should be mixed at a rate of 1% of the volume of the adjuvant to the volume of the solution (v/v).  Nonionic surfactants may be used at 0.25% v/v, but COCs have consistently shown better weed control. If you add a spray grade fertilizer UAN to the spray solution at a rate of 2.5 % v/v or AMS at 8.5 lb./100 gal. of spray solution; this will improve the effectiveness of the herbicide. Use spray nozzles that provide medium to coarse droplet size; nozzle screens should be 50 mesh or coarser and boom height should be at least fifteen inches above the crop canopy.  Spray volume should be 10 to 30 gal./a at 35 to 40 psi, unless extended range or drift reduction nozzles are used.  If applying postemergence, flat fan nozzles of 80° or 110° should be used; do not use with floodjet nozzles or controlled droplet application equipment.

There are currently no herbicides listed on the label for tank-mixes with Callisto on wild blueberry. Tank mix combinations with sethoxydim (Poast) and fluazifop-P-butyl (Venture) have been used in Maine and Canada to improve grass control without injury to wild blueberries.  Avoid postemergence application within seven days of organophosphate or carbamate insecticides applications as this has caused crop injury in corn.

Do not apply directly to water, areas where surface water is present, or intertidal areas below the mean high water mark.  Callisto has a high potential for runoff for several weeks after application, with poorly draining soils and soils with shallow water tables more prone to producing contaminated runoff. Do not apply when heavy rainfall is forecasted to occur within 48 hours.  Efficacy may be reduced or delayed if weeds are stressed due to heat, drought, flooding or prolonged cool temperatures.  Do not apply Callisto through any type of irrigation system or with suspension fertilizers as the carrier.

The information below was compiled from the Callisto label, Callisto supplemental label, growers, and research trials performed by researchers at the University of Maine, Nova Scotia Agricultural College and New Brunswick Department of Agriculture and Aquaculture. This list is a general guideline to the weed control spectrum of Callisto, and does not guarantee performance.  Herbicide efficacy may be influenced by factors such as site history, herbicide rate, surfactant type and rate, weed growth stage, weather, and genetic differences in weed populations. Weeds listed under “Variable Activity” have shown some early herbicide injury but have shown regrowth or have not been controlled as of late in the growing season, or have shown suspected control in a limited number of locations. Weeds listed under “Inconsistent Activity” have shown limited early season symptoms with no late season control.  Callisto is not effective for the control of most grass weeds but can control sedges and rushes. 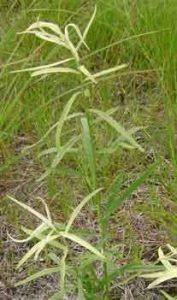 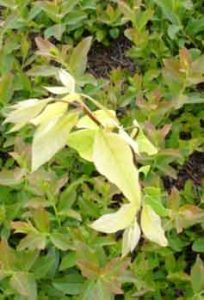 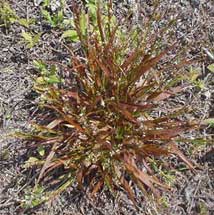