SITUATION
Corn harvest is coming into full swing, with warm temperatures hastening maturity of later planted fields.   Corn earworm moth counts continued to climb this week, keeping all silking fields on a tight spray schedule. Fall armyworm and western bean cutworm moth counts also continue to be high. Reports of bird and animal damage to developing ears are starting to come in, so growers should be checking fields for injury.

European corn borer:  No feeding injury was over the 15% control threshold on pre-silking corn this week, and only a few moths were caught in traps. There is the possibility of a second generation of corn borer emerging to threaten late corn, but we have seen no indication yet, based on the very low moth captures in recent days. 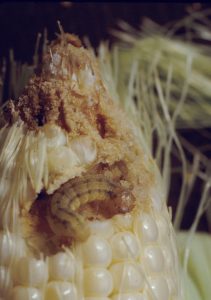 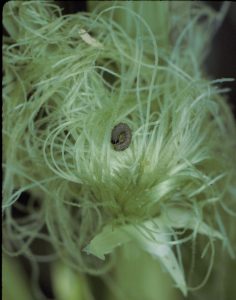 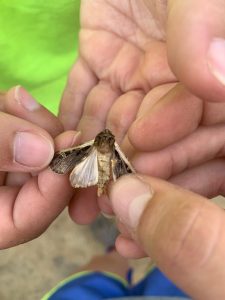 Fall armyworm:  Moth counts were over the 3-moth threshold for silking corn in Bowdoinham, Cape Elizabeth, Dayton, Lewiston, New Gloucester, Monmouth, Poland Spring, and Wells; but all sites were also under a spray interval for corn earworm, so no additional controls should be needed. Larval feeding damage was not over the 15% spray threshold in any of our locations this week. 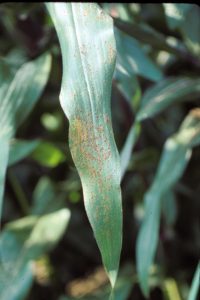 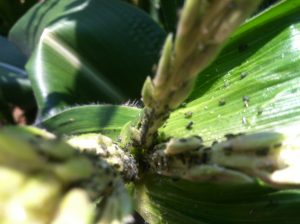 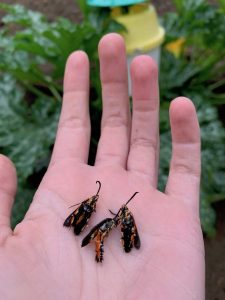 Corn leaf aphids:  These small, soft-bodied insects often infest corn plants later in the season, especially in fields that have not recently been sprayed for other pests. Colonies of bluish-green aphids can cover tassels, stalks and husks. Their waste encourages the growth of the sooty mold fungus, which can cover the husks. Sprays for corn earworm will usually control aphids.

Corn rust:  Rust is a fungus disease, which appears as reddish-brown pustules on corn leaves and husks, reducing the quality of the ears. A fungicide spray for rust is only recommended when the symptoms are seen prior to tasseling. Later infections are unlikely to cause enough damage to warrant control measures. Materials available to control corn rust include Quadris®, Bravo®, and Quilt®.

Squash vine borer:  Moth counts were lower at all locations this week. No fields were above the spray threshold of 5.