Ten varieties of sugar-enhanced bicolor corn varieties were evaluated in 2018 (see tables). The best performing for growth habit and ear quality this year, listed in order of maturity (earliest to latest) were: Sweetness, Cuppa Joe, Essence, Tenderfoot, and Utopia. The corn was seeded late, on 29 June due to early wet conditions in the field. Harvest began 4 September with the earliest varieties. The latest variety was harvested on 20 September. All cultivars performed well, despite very dry growing conditions during the late summer. Cuppa Joe and Essence were noted for consistent high performance over more than two seasons of trials, and Utopia again performed very well among the later maturing varieties. Of the 18 supersweet and augmented supersweet varieties tested, Raquel and Awesome XR, performed well in the early-midseason categories, with Caliber, Enchanted, Seminole Sweet, and Prestige performing best among the later maturing types.

30 varieties of snap beans were evaluated in the trials in 2018. For overall yield and average wt. per harvest, the best performing varieties included Goldilocks (yellow), Provider, Dulcina (flat), Caprice, Savannah, and PV-857. These also were among the most efficient varieties to harvest.

In 2018, 31 varieties of cantaloupe were evaluated (see table). The plants were seeded in the greenhouse 17 May and transplanted on 7 June on black plastic mulch with rowcovers applied. Melons were harvested at ½ slip through most of August. Astound and Verona were among the best overall performers for marketable weight and fruit number. Accolade, Athena, and Gold Star also performed very well. This trial will continue for one more growing season to look for consistent performance in regards to yield and market quality.

18 varieties of large, Jack-O-Lantern type pumpkins were transplanted in mid-June at the two-leaf stage into replicated plots through black plastic mulch with 5 feet between plants and 12 feet between rows. Harvest began in mid-September. Big Loretta (38.6 lb.) and Early Giant (36.1 lb.) had the largest fruit in the trial and were among the best performing varieties, but also had some of the lowest fruit counts per plot. Other high performing varieties included Rhea (21.2 lb.), Secretariat (16.3 lb.), and Orange Sunrise (18.5 lb.). Only Thumpkin performed very poorly in the trial with a low fruit count and high cull number due to fruit and stem rot.

13 varieties of June-bearing strawberries grown in replicated matted-row plots were harvested during the 2018 season. Jewel and Laurel were the highest yielding varieties in the trial with both ripening mid-season and having good fruit quality. Of the newer varieties in the trial, Yambu, Lila, and Flavorfest, all mid-early ripening, performed very well. Archer, Galletta, and Rutgers Scarlet produced high quality fruit, but had significantly lower yields that other new varieties in the trial. 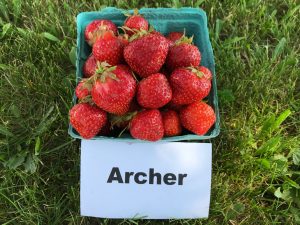 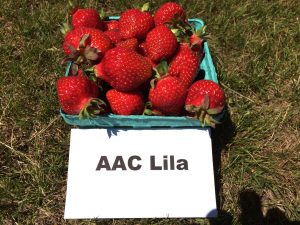 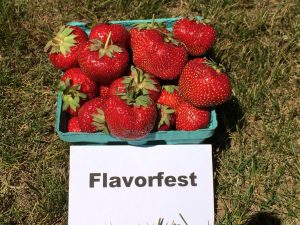 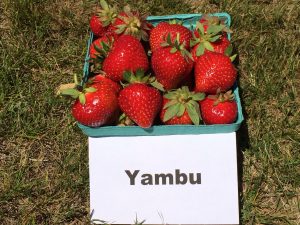 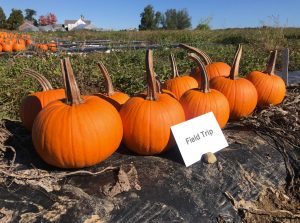 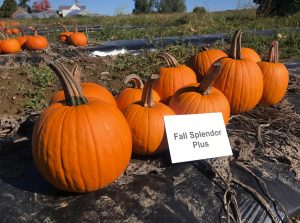 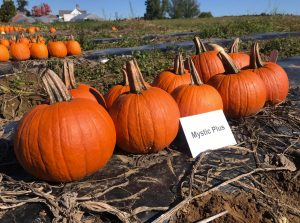 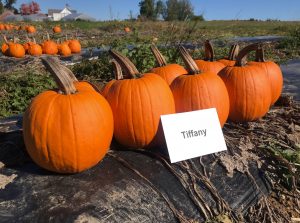 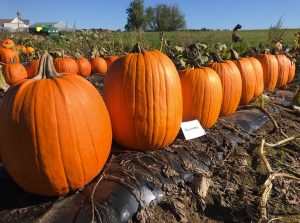 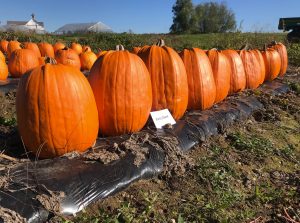 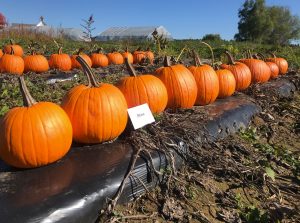 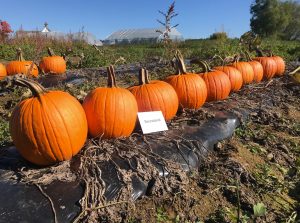 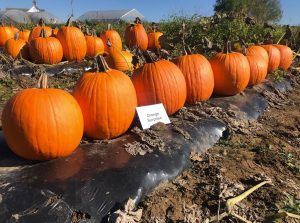 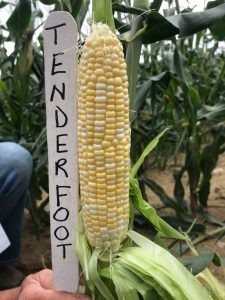 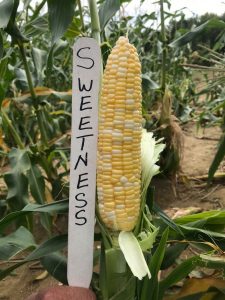 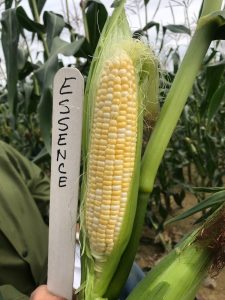 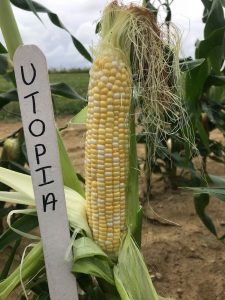 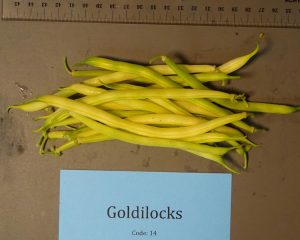 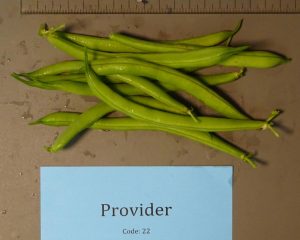 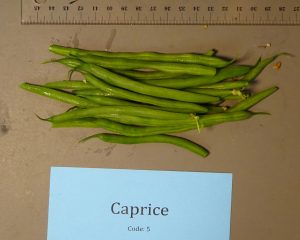 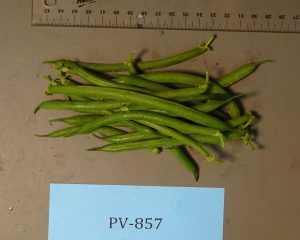 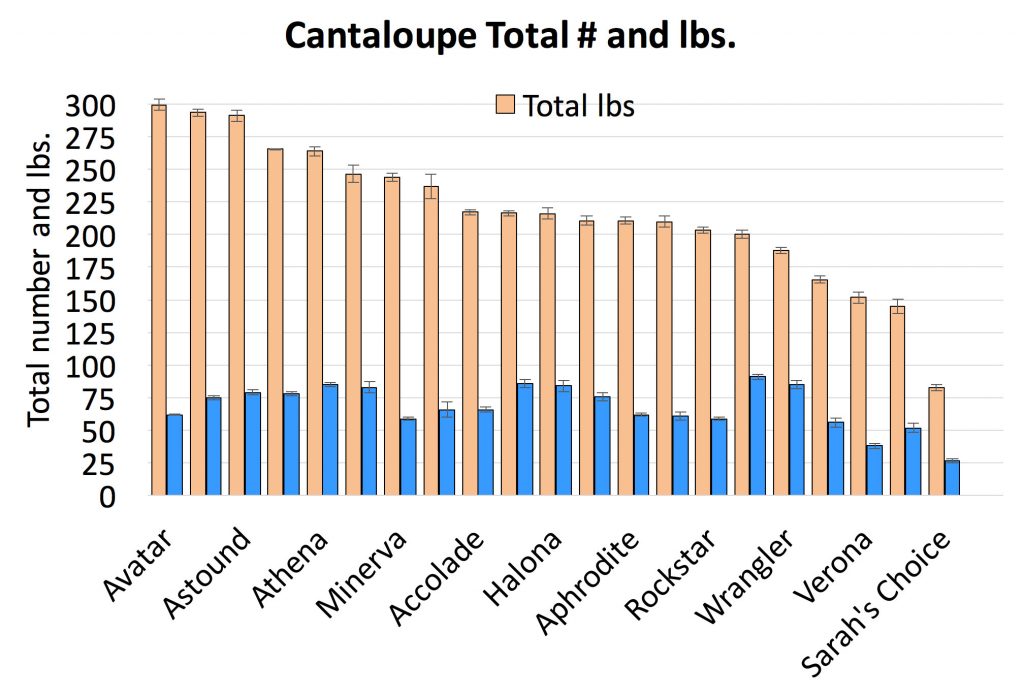 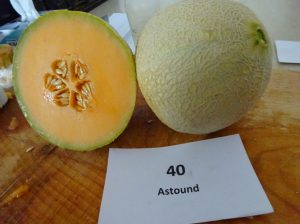 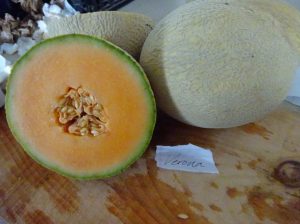 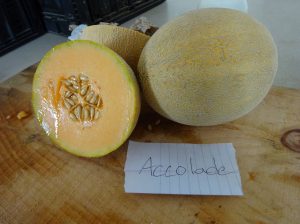 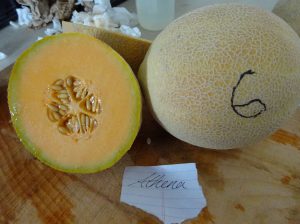 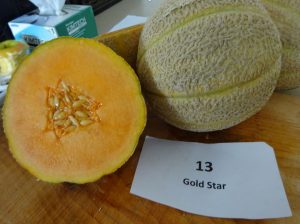