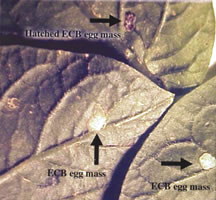 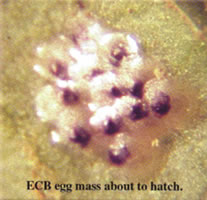 The entry site of a European corn borer larva into the potato stalk will be a small hole usually surrounded by frass. The frass is a sawdust-like material, which is waste from the insect.