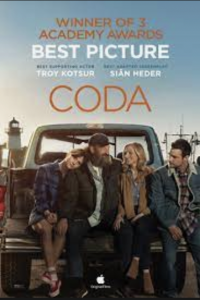 Hollywood often gets things wrong, but when the Academy gave CODA the Oscar for best film, best adapted screenplay, and CODA’s Troy Kostur best-supporting actor, it got it right. Kostur played a deaf Gloucester fisherman, working on his boat alongside his deaf son and hearing daughter. The story centers around the daughter  (CODA means child of deaf adults). However, Troy stole the show with his portrayal of a deaf fisherman struggling to make it in a challenging industry with ever-increasing regulations. The response from both the Gloucester fishing community and the deaf community was overwhelmingly positive.

For some, this is a part of normal aging, but for far too many it is caused by failing to adequately protect themselves from loud noises. Working in an environment with noise exposure above 85 Decibels is a threat to hearing. Unfortunately, that puts most fishermen at risk. Boat engine noise can be 85-108 decibels.

How loud is too loud?

A rule of thumb is talking to someone at arm’s length; if you need to raise your voice to do so, then your environmental noise is loud enough to merit hearing protection. Short bursts of noise (such as gun shots) are also damaging. Decibel ranges for almost anything can be found online. Also, a great rule is: if you’re wondering if you should have ear protection during a certain activity, the answer is probably ‘”Yes” — hearing loss is irreversible.

Hearing Aids are far from perfect (ask anyone who uses them). They don’t solve all hearing issues, can be unreliable, and are rarely covered by insurance, so that $4000 to $6000, per ear, comes out of your pocket.

Hearing protection is cheaper. Good, reusable plugs cost ten cents. Headphones can run from just over $30 to well over $100, depending on features. “Noise cancellation” headphones block damaging noises while simultaneously allowing conversations to be conducted at normal talking volume, so they actually make communication between crew members on boats easier than wearing no hearing protection. Some headphones have built-in radios, and many can be connected to your phone via Bluetooth, some even have microphones.

These are far from trivial changes. After working on a boat properly outfitted with comprehensive sound reduction, you will wonder why anyone would do anything else. You’ll be better able to hear crew members, noises indicating that equipment needs attention, and sounds from outside your boat, which both increases boat safety and decreases the risk of hearing loss.

For more information on retrofitting your boat to reduce noise see https://www.youtube.com/watch?v=nmaNKMeoKto