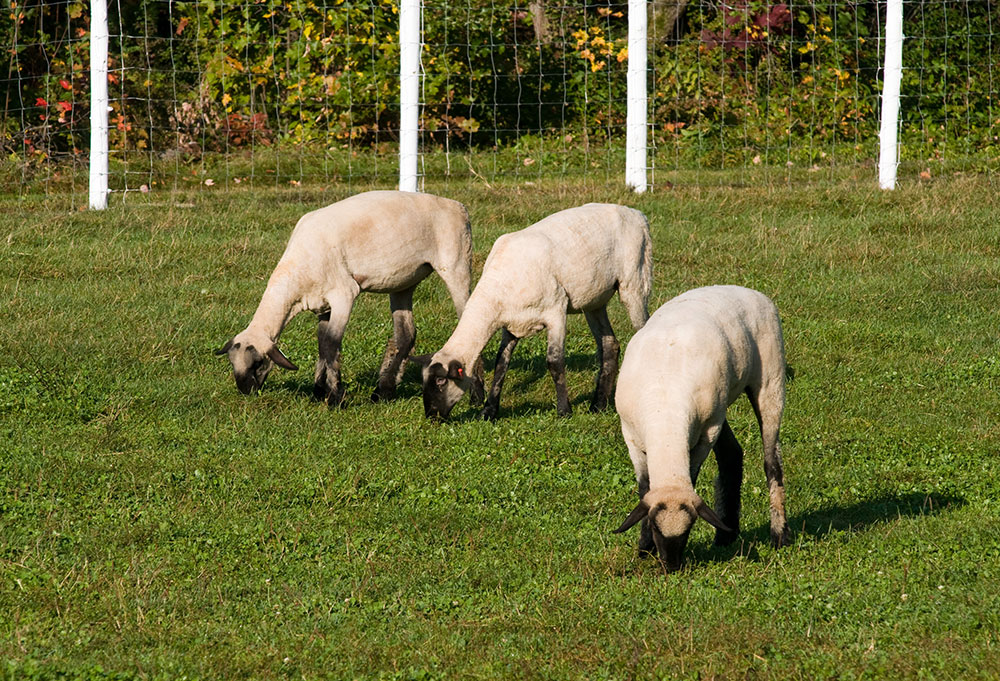 “Brain worm” of sheep: what is it?

Meningeal worm (“brain worm” or P. tenuis) is a nematode parasite that replicates within white tail deer (WTD), and can infect other ruminants.

Does it kill the deer?

It doesn’t damage the WTD, which is its “definitive” host (the host in which it reproduces).

How does it spread to other animals?

This parasite successfully breeds within the infected WTD, laying eggs that hatch inside the WTD, and live larval forms are passed in the WTD feces. An intermediate host, one of a group of snail species, can then consume the larvae, which develop to an infective stage and are disseminated in the pasture by the snail. These forms can be consumed by the sheep when grazing, either by consuming the snail or its larvae-laden slime.

What happens once a sheep is infected?

The larval brainworms migrate out of the sheep’s gut and along nerve tracts until they reach the spinal cord, and eventually the brain, causing severe damage along the way.

How can you tell if a sheep has brainworm?

The sheep may show lameness that progressively worsens, along with other signs of neurologic disease (staggering, blindness, strange behavior). These symptoms are similar to those of rabies, listeriosis, PEM, or some viral diseases. There isn’t a readily available blood test, but your vet may be able to assist with selective treatment if it’s suspected.

Are there ways of preventing it?

Control consists of prevention: keeping deer away from pastures if possible, reducing snails on pastures or periodically using a treatment, such as an ivermectin-type drug, in the sheep in order to try to kill the migrating larvae.

Are there any problems with using a wormer monthly?

Due to the fact that there is no “label” use of ivermectin, or other wormers to kill P. tenuis, it’s advised to have a veterinarian evaluate your flock and prescribe this “off label” use of drugs. As well, overuse of wormers can lead to development of resistance in other parasites, such as the barberpole worm (Haemonchus contortus).

What’s the best and most effective preventive?