Description: Adult females are typically 1/8 inch in length and are a tan color with a darker dorsal shield or scutum on the back, directly behind the head. After feeding, they can increase in length to 1/2 inch. Males tend to be slightly smaller with a tan to brownish color.

Habitat/Range: Ixodes angustus is widely distributed throughout the United States and Canada and is found in many parts of Maine. It is typically associated with cool moist habitats including forests (particularly coniferous tracts) and along the edges of rivers, but is rarely found outside the nest of its host.

Life Cycle/Hosts: Ixodes angustus primarily feeds on mice, voles, and occasionally shrews and rats. It rarely feeds on humans or domestic animals. The life cycle of this tick has not been thoroughly studied, though the limited data suggests significant variability in development times.

Medical/Veterinary Importance: Although Ixodes angustus rarely bites humans, it has been found to be a potential vector of Lyme disease and Powassan virus. 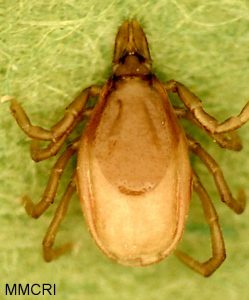 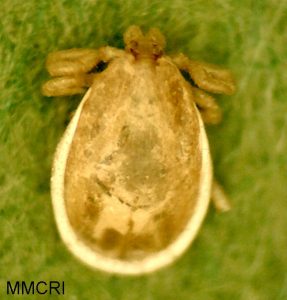 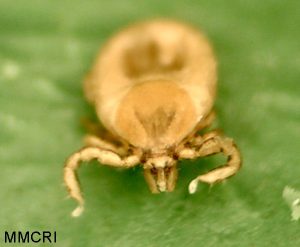