Description: Adult females are typically a tan color with a darker dorsal shield or scutum on their back directly behind the head. Males are a reddish tan color and tend to be slightly smaller than the females.

Life Cycle/Hosts: The mouse tick is a three-host tick, meaning it utilizes a different host at each of its three active life stages (larva, nymph, and adult). The mouse tick’s primary host is the white-footed mouse, though they may also be found on other small mammals including rats, voles, shrews, muskrats and other mouse species. Immature stages are also commonly found on birds. In years of low mouse numbers, they may be found on domestic dogs and cats. They can and do occasionally feed on humans.

Medical/Veterinary Importance: The mouse tick is a very weak vector of Lyme disease and is unlikely to play a significant role in the transmission to humans. In domestic animals, the bite of a mouse tick has been associated with a reaction characterized by pain, fever, swelling, loss of appetite, and fatigue. 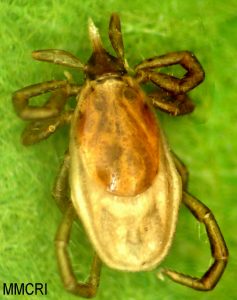 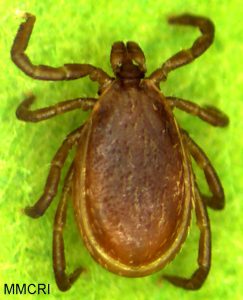 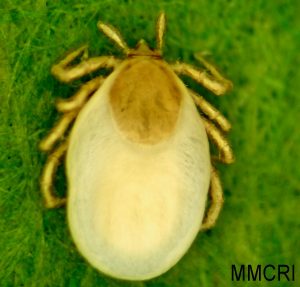