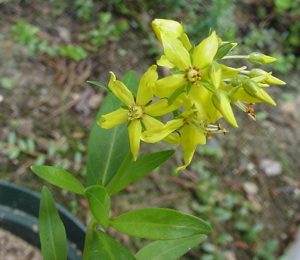 Family: Lythraceae (Loosestrife Family) or some sources list it as Primulaceae (Primrose Family)

Description: Also called Swamp candles. The erect stem bears a terminal, spike-like cluster of 1/2″ yellow flowers with two red spots at the base of each petal. Spreads rapidly by underground stems. This weed can cause moderate cranberry yield reductions. It may also serve as an early-season host for dodder and its tips may harbor Sparganothis fruitworm larvae. Pre-emergence herbicide application should be made in the spring. It may be wiped with glyphosate during the growing season. In addition, mesotrione and dichlobenil are two other herbicide ingredients which are often recommended for trying to control this stubborn weed. Control efforts should ideally begin when patches are still small. [perennial]

In Bloom: July – August (in Maine) 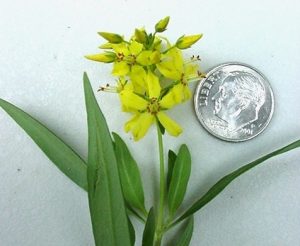 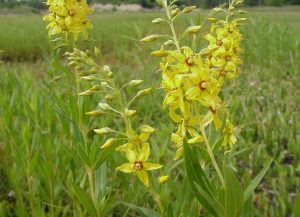 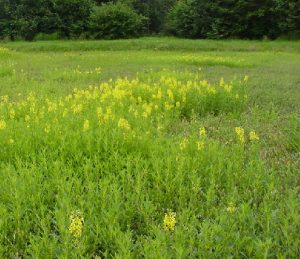 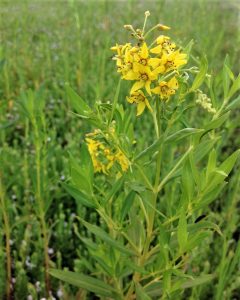